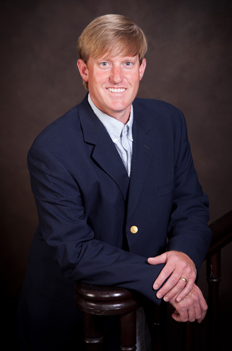 Michael A. Ford was born with a hammer in his hand and a desire in his heart to build. His grandfather, Henry Ford owned and operated one of the very first saw mills in Johnston County. His other grandfather Ervin Creech was a successful award-winning builder in North Raleigh, bringing home Builder of the Year Award's several times.

Michael was born in Johnston County on a beautiful farm outside of Clayton, now known as the "40/42" area. The house Michael was raised in was built by his grandfather and still stands today where he is blessed to have both his Grandfather and Grandmother living there surrounded by acres of cow-filled pastures.

Michael left the Clayton only area for a few short periods of time. The first time he left was to attend Mt Olive College. The second was to help with hurricane disaster relief and clean-up after Hurricane Ivan destroyed the coast of Florida. For several months Michael worked tirelessly to clean-up the rubble and re-build the homes of many homeless Floridians. Michael came back home and has carried on his work here.Beginning as a project manager and superintendent for 7 years. In 2007 he started his own company.Little did he know the economy would fall flat and he would have to hang on tight to what he had put so much hard work, time and determination in.

His hands on approach makes him a builder you can trust. Michael's commitment, faithful spirit and kind- hearted ways also make him an incredible family man. Michael is married to Laney , and together they have beautiful twin boys! He and Laney are partners in all aspects of their lives including Homes by Michael Ford. They work together to make your home building experience the best it can possibly be. They are involved in their community and church where they are not just members, but active members in First Baptist Church Clayton.

Homes by Michael Ford is detail oriented and steadfast in building you the home of your dreams. Contact us today to receive your free quote.

Thanks for signing up!